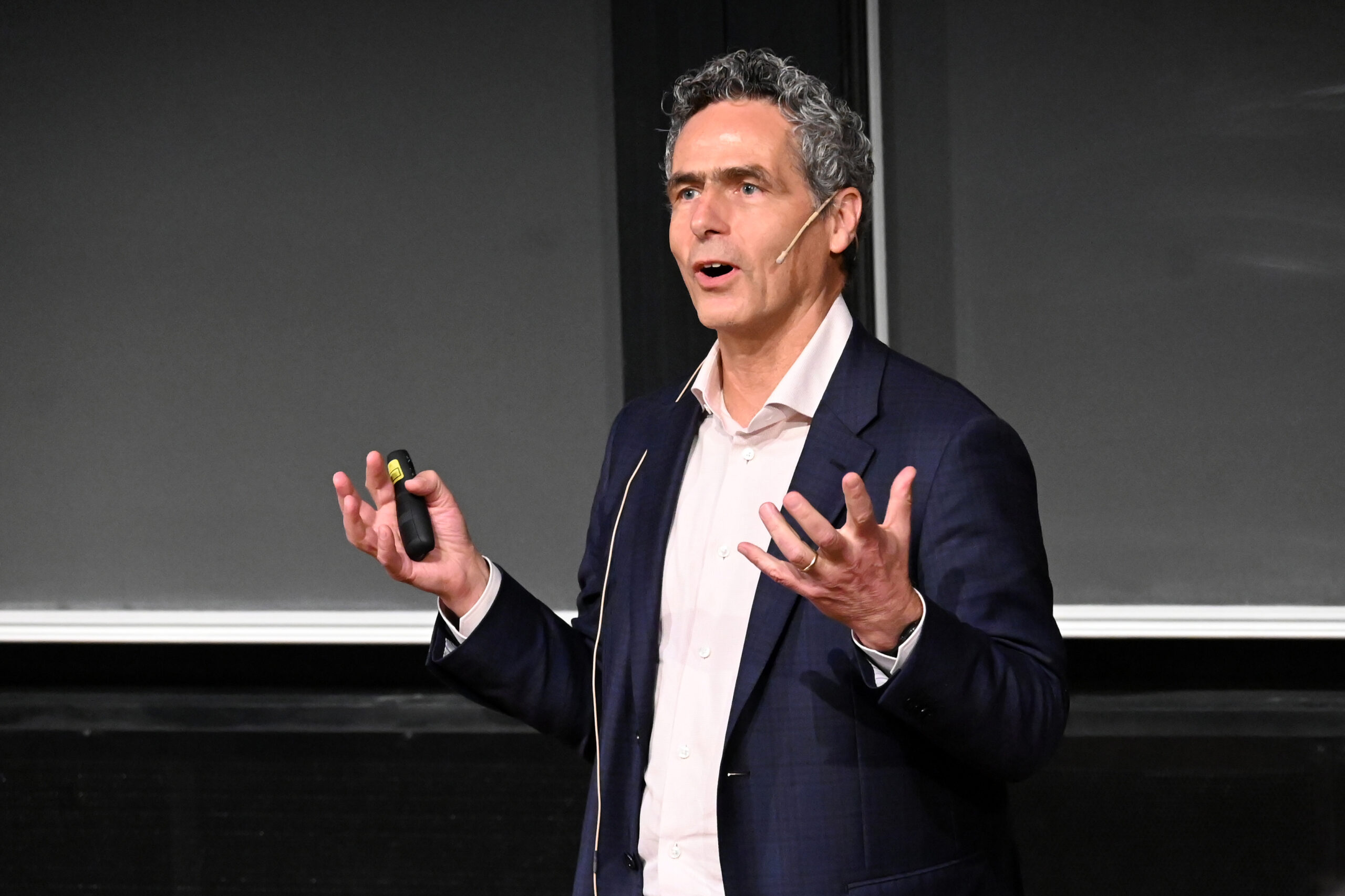 Dr. Michael J. Hopkins, George Putnam Professor of Pure and Applied Mathematics and Harvard Department of Mathematics Chair, gave a lecture titled “The great wild manifold rodeo: Dennis Sullivan in algebraic topology” as part of the 2022 Abel Lectures held in Norway on May 25. The Lectures traditionally follow an official ceremony and are part of the Abel Prize Week celebrations.

The Abel Prize was established by the Norwegian Parliament in 2002, on the 200th anniversary of the birth of noted Norwegian mathematician Niels Henrik Abel (1802-1829). The 2022 laureate, Dennis Parnell Sullivan, received the Prize “for his groundbreaking contributions to topology in its broadest sense, and in particular its algebraic, geometric, and dynamical aspects.” Sullivan was awarded the prize by the King of Norway, Harald V, in an official ceremony in the hall of one of the University of Oslo’s oldest buildings near the Royal Palace in Oslo.

“It’s a great honor to dwell on the deep influence of Dennis Sullivan in my own life and in topology, and to get to convey a little bit about the mathematics he did and what it felt like to learn about this over the years,” Hopkins said as part of the introduction to his lecture.

Niels Henrik Abel made pioneering contributions to a variety of fields while living in poverty only to die from tuberculosis at the age of 26. He was an innovator in the field of elliptic functions and the adjective “abelian,” derived from his name, has become so commonplace in mathematical writing, that it is conventionally spelled with a lower-case initial “a.” Abel’s most famous single result is the first complete proof demonstrating the impossibility of solving the general quintic equation in radicals. His work and its impact were largely gifts for the future to unravel. Abel died without ever knowing that his mathematical breakthroughs would one day be — among other things — the computational basis for the CT scan, used to detect the very illness that killed him.