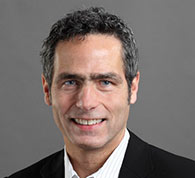 Michael Hopkins–Department Chair and George Putnam Professor of Pure and Applied Mathematics–has been awarded the American Mathematical Society’s Oscar Veblen Prize in Geometry for co-authorship of the paper “On the nonexistence of elements of Kervaire invariant one” along with his fellow recipients Michael Hill at UCLA and Douglas Ravenal at the University of Rochester. The paper solved a 50-year-old problem in geometric topology and introduced new ideas and techniques in algebraic topology.

The Veblen Prize is awarded every three years for paper for notable research work in geometry or topology that has appeared in the last six years and was published in a peer-reviewed journal. This is the second Veblen Prize for Professor Hopkins, who previously also received the award in 2001 for his work on homotopy theory.

“I am delighted and honored to share this prize with my close friends and longtime collaborators. I am grateful to the committee for recognizing the impact of our work, and to those who brought it to the attention of the committee. The Kervaire invariant problem hung around as “the problem” for most of my mathematical life. I never would have dared to take it on directly, and in many ways the resolution was a serendipitous byproduct of other work that Doug, Mike, and I were doing.

“The Kervaire invariant problem is extraordinarily rich, and I learned as much from the process of giving talks on it as from any other mathematical activity I’ve been part of. It spans 80 years of revolutionary ideas linking topology and geometry, beginning with Pontryagin in the 1930s and passing through the hands of mathematical giants such as Thom, Milnor, Kervaire, Browder, and many others. To be part of this story is to see clearly that mathematics is a collaboration of many, many people.”

The prize will be presented at the Joint Mathematics Meetings in Seattle on January 5th.

The paper On the nonexistence of elements of Kervaire invariant one via Jstor.