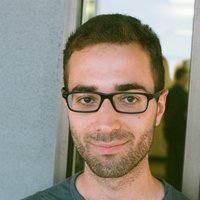 Gabriel Goldberg, 2019 Harvard Mathematics Doctoral recipient, has been awarded the 2019 Sacks Prize by the Association for Symbolic Logic, an international organization supporting research and critical studies in logic.

The Sacks Prize is awarded annually for the most outstanding doctoral dissertation in mathematical logic. It was established to honor the late Professor Gerald Sacks of Harvard and MIT for his unique contribution to mathematical logic, particularly as an adviser to a large number of excellent Ph.D. students. The Prize became an ASL Prize in 1999. It is an international prize, with no restriction on the nationality of the candidate or the university where the doctorate is granted. The Sacks Prize consists of a cash award plus five years free membership in the ASL.

Goldberg received his Ph.D. in 2019 at Harvard University under the supervision of Harvard Professor W. Hugh Woodin. In his thesis, “The Ultrapower Axiom”, he isolates and develops a powerful new structural hypothesis for inner models of set theory. The Ultrapower Axiom holds in all inner models built using the current methodology. On the other hand, Goldberg shows it has sweeping structural consequences: the linearity of the Mitchell order on countably complete ultrafilters, a characterization of strong compactness in terms of supercompactness, and GCH above a strongly compact cardinal. The Prize Committee noted the transformational quality of Goldberg’s thesis work within the Inner Model Program.

Dr. Goldberg is now an NSF Post-Doctoral Fellow at the University of California, Berkeley. His prize-winning dissertation can be found here.