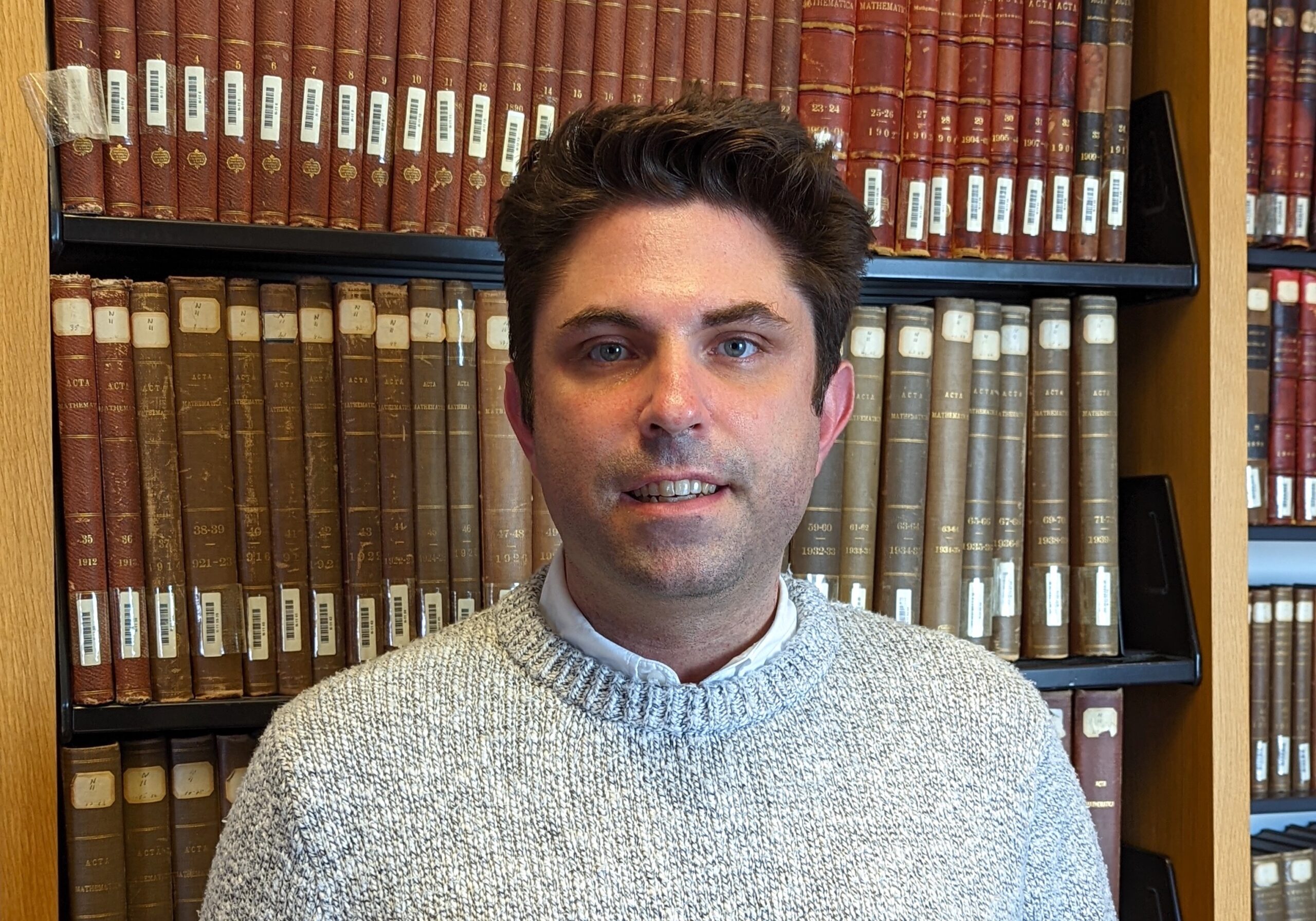 We are happy to share that Dr. Brendan Kelly has been appointed Director of Introductory Mathematics. The newly formed position was created to support the tradition of excellence in the Harvard Department of Mathematics’ introductory courses. There are over 2,000 students enrolled in over a dozen courses and close to 100 sections. The Introductory Mathematics courses play an essential role in supporting students as they navigate the pathways of their mathematical passions. The Director of Introductory Math will work alongside preceptors, lecturers, and members of senior faculty to create a vision for a more modern math curriculum with an emphasis on the application of mathematics.

“I am thrilled to continue working with the passionate group of educators in our department,” Kelly said. “The creativity and energy that my colleagues bring to their practice as instructors is inspiring.” As he looks toward reimagining the curriculum, Kelly is excited to center mathematical modeling and quantitative reasoning with data in our introductory courses. “I also see an incredible opportunity to share our accomplishments with the broader math education community and, in turn, learn from our colleagues at other institutions,” he said. “I am so proud of all the work that happens in the department to support students. It’s an honor to step into this new role.”

Kelly joined the Harvard Department of Mathematics as a Preceptor in 2014 and was appointed Senior Preceptor in 2017. In his time here, he specialized in instructional and curriculum design, working closely with Prof. Robin Gottlieb and his fellow preceptors to coordinate students’ early mathematical experiences at Harvard. He has also taught a study abroad calculus class as a component of the Emerging Scholars Program. Kelly’s teaching approach has always been both practical and dialectical. He believes that one learns math by practicing math, so he frames his classes around carefully sequenced questions meant to encourage students to grapple with core mathematical ideas and confront their pre-existing misconceptions. “I describe learning as a two-step process,” Kelly said. “First you have to experience confusion. Then you can achieve clarity.”

His primary professional goal is to equip students with the quantitative skills and productive mathematical dispositions needed to solve important problems the world faces. Over the past year, Kelly launched a new mathematical modeling course for students interested in economics and social science. The course foregrounds important questions society faces today and showcases the importance of math in a wide variety of contexts. The problems are open-ended, multi-faceted, and very nuanced. “For example, students develop different models to predict the dynamics of the electric vehicle adoption in the US auto fleet and the implications for public policy,” Kelly said. Students have also used data from the National Snow and Ice Data Center to predict the rate of Arctic Ocean ice degradation, engaging with multivariable functions for the first time. The course and its emphasis on the application of mathematics are an example of what he hopes to bring to the curriculum as Director of Introductory Mathematics.